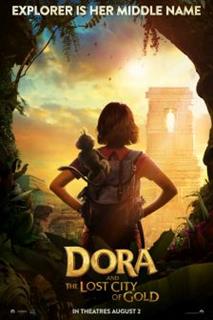 Dora and the Lost City of Gold

A live-action adaptation of the TV series “Dora the Explorer.” “Dora the Explorer” first launched on Nickelodeon in the year 2000 and aired over 170 episodes before ultimately concluding in 2015. The educational series followed the titular Dora and her monkey friend Boots going on interactive adventures with the audience. It was nominated for seven Daytime Emmy Awards, winning in 2011. The film would center around Dora as a teenager, who moves to the city to live with her cousin Diego.